The Fahey/Klein Gallery is pleased to present Future Feminine, a group exhibition focused on the evolution of the feminine perspective in an otherwise male dominated medium.  This exhibition presents the visions of a group of distinctly 21st century female photographers with their eyes toward the future.  Their abstractions of intimacy explore the intricacies of our relationships with the feminine lens.  This exhibition includes works from emerging artists Amanda Charchian, Remy Holwick, creative duo Honey Long & Prue Stent, and Magdalena Wosinska.

Creative partners, Honey Long (b. Sydney, Australia, 1993) and Prue Stent (b. Sydney, Australia, 1993) are multidisciplinary artists whose work co-mingles photography, performance, installation and sculpture.  Their process centers around their conflicted relationship to femininity and its passive associations.  A fascination with alluring objects and materials is often incorporated in costumes or disguises intended to distort and fragment the bodily form.  Honey Long and Prue Stent live and work between Sydney and Melbourne, Australia.

Magdalena Wosinska (b. Katowice, Poland, 1983) prefers to shoot with ambient light, producing work most easily identified by her tough yet sunny California aesthetic.  Since 2010 Magdalena has published several books, including Bite It You Scum and The Experience Vol 1.  Magdalena’s fourth book, Leftovers of Love is due to be published in Spring of 2018.  Magdalena lives and works in Los Angeles, CA.

In conjunction with this show, The Fahey Klein Gallery has commissioned a special limited edition exhibition poster, produced by New Yorker illustrator, Reid Kikuo Johnson available for sale while supplies last.  All proceeds from the sale of this poster will be donated in support of the Alexandria House, a shelter for women and women with children in Los Angeles. 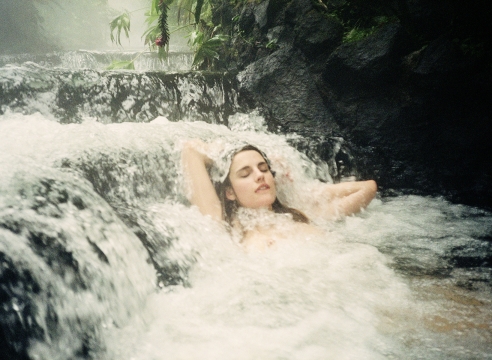 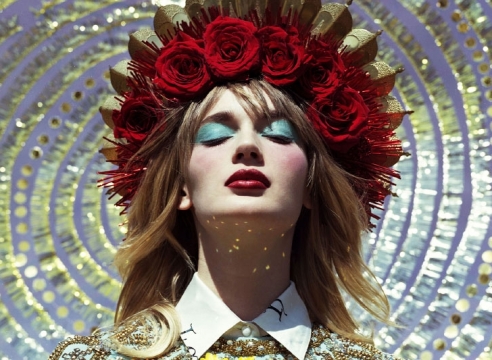 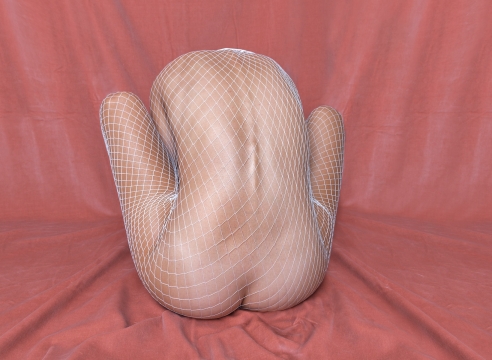 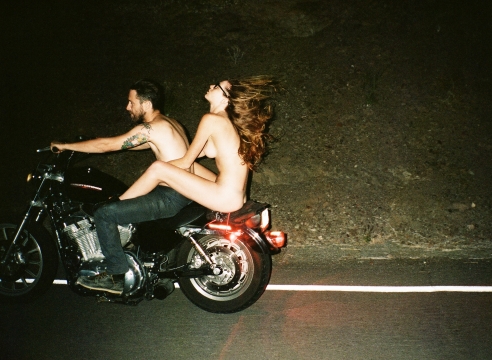 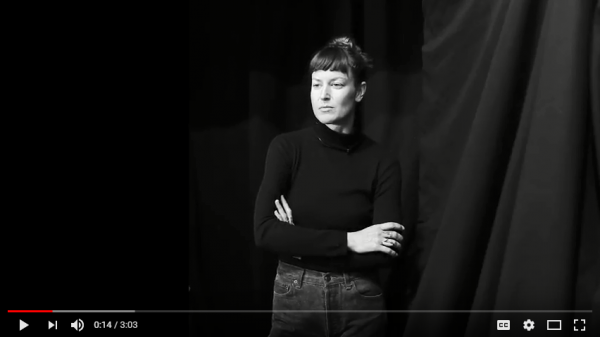 Magdalena Wosinska (b. Katowice, Poland, 1983) prefers to shoot with ambient light, producing work most easily identified by her tough yet sunny California aesthetic.  Since 2010 Magdalena has published three books, including Bite It You Scum, The Grass is Electric, and The Experience Vol 1.  Magdalena’s fourth book, Leftovers of Love is due to be published in Spring of 2018.  Magdalena lives and works in Los Angeles, CA. 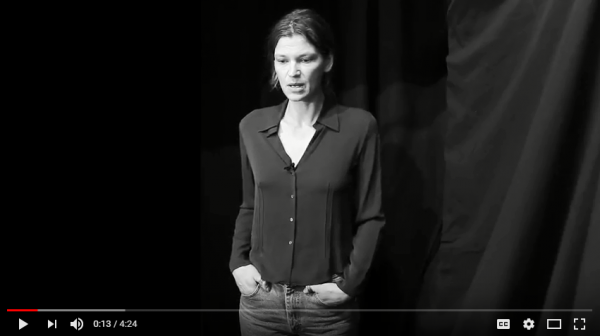 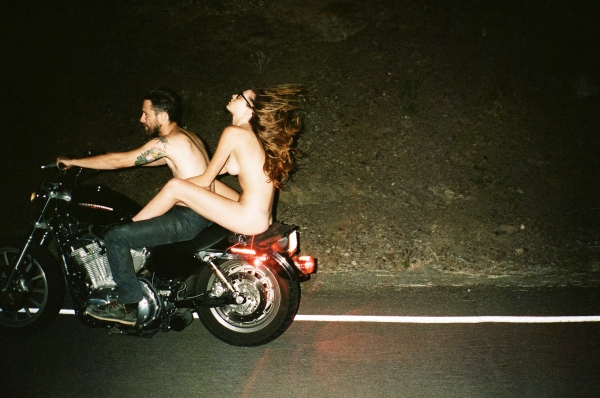 Ok, so that day started out like any other on a camping trip with friends… hungover.  Remember, the night before we partied on the shitty floating bar with the “rich” old guys offering us coke.  Anyways… after some campfire coffee, we decided to go on a little ride.  Luke mentioned that the Laughlin River Run was happening this weekend, so we said, “fuck it, it’s not that far.”  Hahaha. 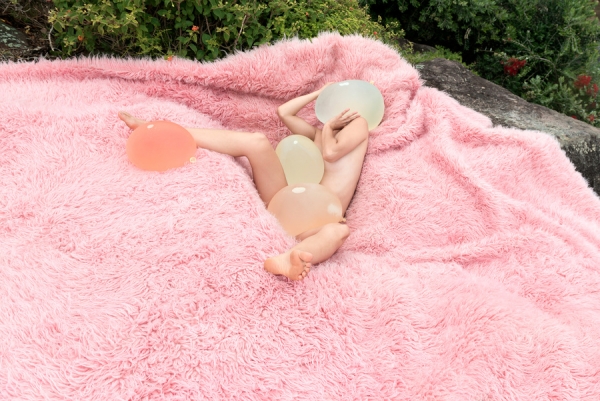 "A few years ago, we were driving home and spotted a giant pink fuzzy mass by the side of the road. We pulled over and to our delight it was a big pink shag rug.  As well as this, it was relatively clean and fresh and seemingly not the soiled property of an ambiguous piss den.  In either case, we probably still would have taken it. 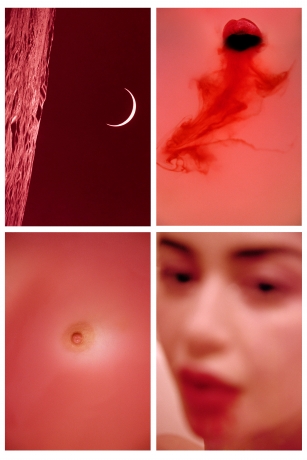 "This quadriptych features four photographs from my “Seven Types of Love” series that aims to encapsulate the feeling of Agape, an ancient Greek word which describes a saintly, spiritual and altruistic love.  As opposed to the other types (Ludus, Storge, Philautia, Eros, Pragma and Mania) included in the series. 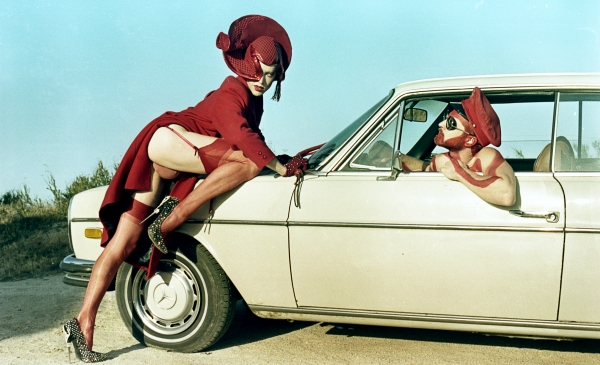 "I met Love Bailey at the wake of a mutual friend.  She looked ethereal and genderless, wearing a gown and hat over a foot tall, and when she got up to share memories, she almost spoke in poetry, and she seemed to be levitating.  We ended up speaking for over an hour after the event ended, and were the last to leave.

Two months later, I got an email from her, with a couple of vague, poetic lines, inviting to someplace out in the desert, with the directive "think of the Source Family", and an address that I couldn't exactly find on maps, and dates-- nothing else.  I happened to be in LA that month, and I happened to be free those days, so I packed my cameras, and some clothes, and headed out to get lost trying to find whatever address maps wouldn't direct me to.