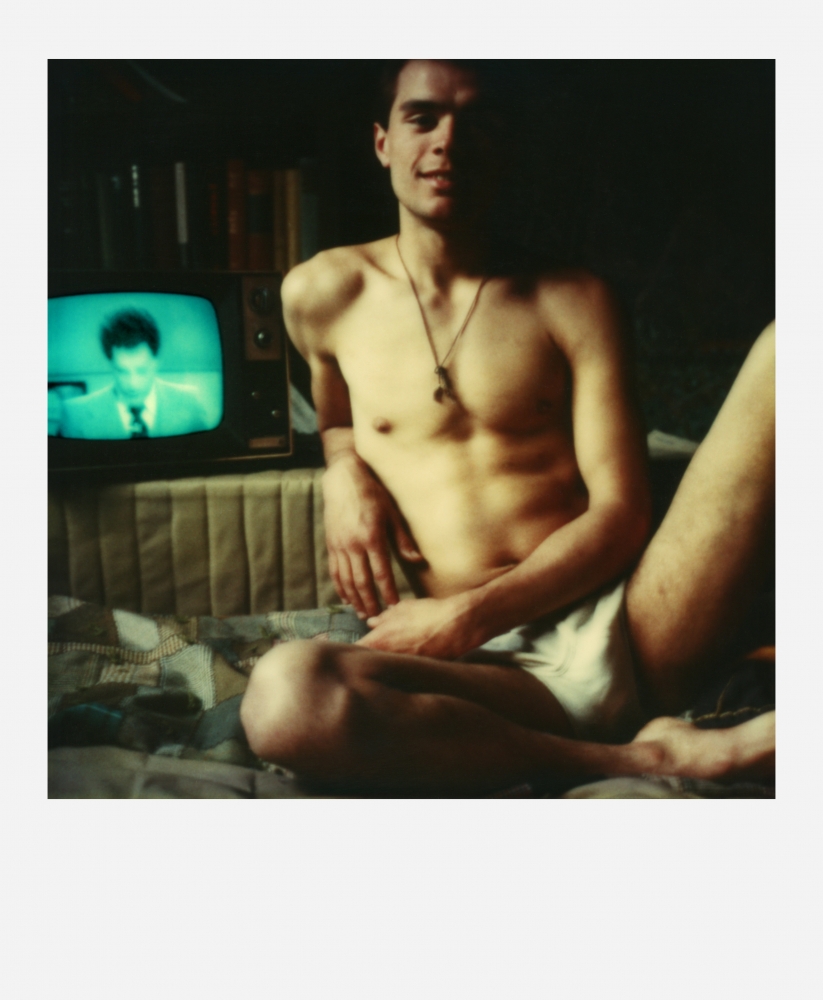 To take a photograph is to freeze a moment, to capsulate a golden memory. It is founded on embracing the present, the now, so much so that it is worth pulling out a hefty camera to document the fleeting time. But, sometimes, the captured moment is so important that it will speak for generations. The present lends itself to the future.

And renowned photographer's, Tom Bianchi, work does just that. Through his tenured career in photography, he has chronicled the gay experience through provocative and sexual images. Bianchi uses his camera as a vehicle for change by inviting the public into the often private world of gay sexuality.

Your new book highlights urban gay life. Can you explain how you use photography as a vehicle to bring awareness to certain topics?

The world I grew up did its damnedest to suppress homosexuality by labeling it as a pathology and by marginalizing gay people as pansies and perverts. We reveled in the sexual revolution of the time and claimed our place in the larger culture. Sexual repression is and remains pervasive in the world. I do my best to heal that condition with images meant to connect us to our whole sexual selves. That is the bottom line essence of my work.

Looking back at your time living in the East Village—what was so special about that apartment on East 9th Street?

First, it was a 10-minute walk to Christopher Street, a place at that time filled with gay life and the possibility of adventure. The apartment itself was a blank non-descript box with plenty of wall space for art.

"I invited the gay community to celebrate itself and challenged the heterosexual world by showing the truth, strength, and beauty of gay people," Bianchi said.

In his new book, 63 E. 9th Street: NYC Polaroids 1975-1983, he welcomes readers into his New York City apartment where his subjects were free to be sensual and use the walls and each other as canvases for meaningful art.

"Its ordinariness allowed me to project my ideas for a venue hospitable to beauty and sex," Bianchi said of his apartment.

Bianchi's desire to use art as a medium for social change stems from his childhood. As a native of Chicago in the 1950s and 1960s, he felt as though it was "impossible and dangerous," to say he wanted to be an artist when he grew up. Growing up in an environment that was "toxically homophobic" forced him to set his dreams aside for a time and pursue a law degree. It wasn't until he moved to New York City that he began to delve into the art world. And the talent was still there. He has become an internationally celebrated sculptor, painter, writer, photographer, and activist who has amassed a collection of 22 books in his name. His new book is uncensored, passionate and important—exposure to this kind of art generates conversations and changes perspectives in a positive way.

You graduated with a law degree from Northwestern University, how did you make the transition to photography?

I chose law for the power inherent in that profession. I moved to New York in 1975 where I was Senior Counsel at Columbia Pictures who gave me the SX 70 camera. I was collecting art in earnest and hanging out with artist and dealers who showed me the possibility of making a living as an artist.

This new book is much different than your last which had photographs of the Pines on summer weekends. Can you elaborate on you chose this space to be the center of your new book?

The Pines Polaroids describe the life of the gay community in the Pines between 1975 and 1983. The Polaroids shot in my New York apartment for the most part document the intimate life of my friends and lovers within my home. So, the photographs are more sexual in nature. The apartment was created as a sensual environment where we could be comfortable naked. I plate mirrored walls and ceilings and installed track lighting to provide the atmosphere I wanted.

The first images I saw as an adolescent that showed me my sexual desires might be shared, were in the small 25 cent physique magazines picturing athletic men in posing straps. What was hidden, as is inevitably the case with sex, becomes potently eroticized. We played with that energy. On many nights we’d begin making formally posed pictures in posing straps before I’d permit my friends to touch. Quite naturally, that led to candid sex play. We were healing the ache caused by the repression of artists and their subjects in an earlier age.

What was the editing process for this book like? What were some of the biggest challenges?

As with the Pines Polaroid book my husband and lover, Ben Smales, collaborated with me in curating the photographs and designing the book. One of the issues we addressed was the serial nature of many of the Polaroids. Most often, we were looking for more than a single image. We were telling the stories the photographs documented frankly and without censorship. The book is laid out in chronologic progression because it is essentially a diary of what my friends and I were up to in the years covered by the book. In combination with the text I wrote, the challenge was to bring the viewer and reader into the private world of our lives at that time.