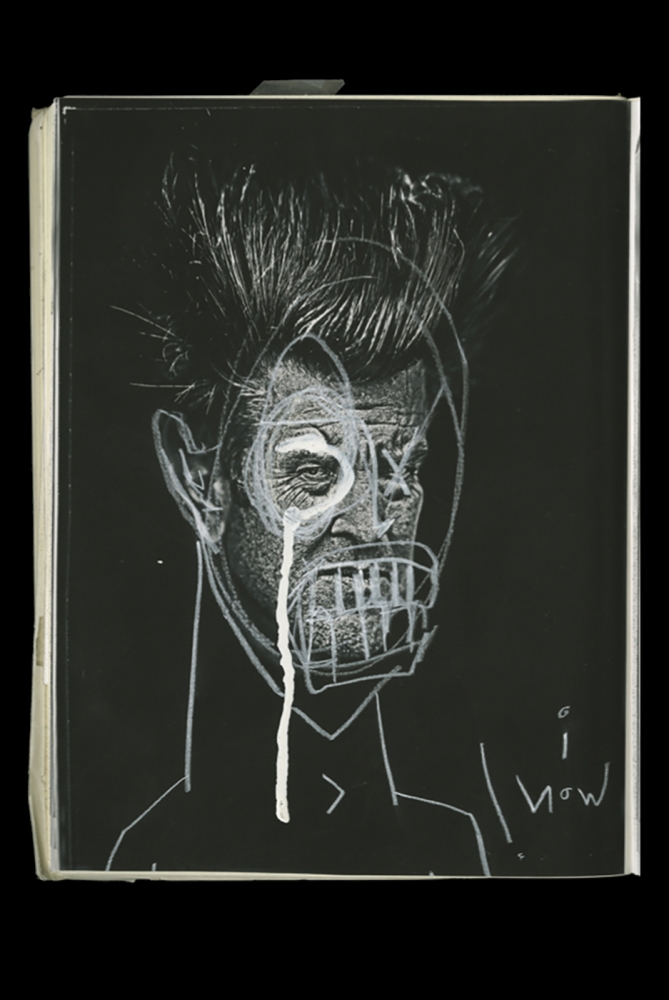 When Frank Ockenfels 3 decided it was finally time to make a photo book of his work, it was not what most of his fans and clients would expect. David Fahey and Nick Fahey of the Fahey/Klein Gallery approached Ockenfels, whose career spans over 30 years, and asked what he would like to show them. Says Ockenfels, “I sent them four bodies of work, like, 15 shoots of David Bowie, all my journals, a whole series of portraits done with this one camera that I had for years of everything from celebrities to my kids and musicians, heads of state, that kind of stuff.” The result is Volume 3: Frank Ockenfels 3 (teNeues, $80), his first collection of works.

Recalls Ockenfels, “They called me in one day and we laid out these 10 pages, and they said. 'This can be the energy of the book and the idea of the book.' David showed me that he had kind of found the common thread throughout all the bodies of work that showed the history and the arc of seeing — which is what I wanted to have happen. This book is a massive look inside my brain."

Although Ockenfels may be best known as a celebrity photographer behind shoots for top magazines (including The Hollywood Reporter) and the key art for every season of Mad Men and Breaking Bad, less than a quarter of the images in the book are of stars. The rest are a mix of nudes, charcoals, multimedia and photo journal collages that he’s been creating his entire career and that his frequent subject David Bowie would ask to look through each time they met. Among the famous faces Ockenfels has shot for The Hollywood Reporter are Phoebe Waller-Bridge, Brad Pitt, Quentin Tarantino, cinematographer Roger Deakins, Chloe Grace Moretz and Christopher Plummer. The latter four all appear in the book.

Fahey/Klein Gallery (148 N. La Brea) has mounted a show of the work from the book as well, running through Jan. 11.

Ockenfels chose the following five images as some of his favorites from the book, with descriptions of each in his own words.

"The Natalie Portman one is really good. She was on Broadway in The Diary of Anne Frank and a friend of mine called and asked if I could photograph Natalie and create journals — like the journals of Anne Frank kind of thing. These photographs came from that shoot."

"My son’s pictures in there are kind of — they’re all very funny. Over the years, [my kids have] been test subjects and muses and constantly photographed. The ones with the shower caps on their heads are like the father’s version of something that a street photographer would shoot: two kids standing on a corner. If you put it in black and white and put them against a brick wall, it’d be like a picture from back in the day. Their annoyance and their anger at me shows for taking the picture. They had gotten their one and only case of head lice. I got the shampoo and everything and I made them go stand against the wall and take their pictures. You can see they’re not happy about it. It’s very much of a dad picture, but there’s a good feeling about it."

"It’s probably the middle of our relationship when this was shot, I would guess. The mannequin thing was shot for a New York Times fashion spread, and the passport pictures were done for a different shoot, a press shoot I was doing for him, and they all just kind of fell together. The energy of being around David — you pick up on things he talks about or even his history, and sometimes you just do things without even thinking about them, like writing backwards and tearing things up and then putting them back together, and learning later on that he would take lyrics and cut them up just to find energy and move forward or trying to find a rhythm to a story or something like that. That page has a definite nod to David, with the writings, the overlay, his eye. His eyes were such a thing to everyone — one of his pupils was dilated, one wasn’t; they’re different colors. Just messing around with a lot of subtleties in that picture.

"When you see David making that gesture with his fingers on the right, the camera that I used is a passport camera [that takes multiple photos at once], and he was like which [lens] is which [photo]? “Which is 1? Which is 2?” And I’d never even thought of that. So he says, “Let’s try to figure it out.” He took stickers and he stuck them on my camera so we’d know which is which."

"It’s a combination of drawing and photography and collage. It’s the picture I wanted to be the cover of the book. [The subject] was moving around, and I was working motion and blur and everything. When I saw the pictures, she had screamed in the middle of one of the shots, and then I started drawing on it and painting on it and collaging things over it. It’s kind of where I’m trying to go now with my work. I like the energy behind it, the humor, the darkness to it."

"This started around the same time I was doing journals. I started getting obsessed with stuff by Francis Bacon. I tried to photographically start taking images and distorting them in the camera and playing with the idea of the manipulation of beauty. It’s kind of like my Edward Weston’s Pepper — it’s a nude that looks like an Edward Weston Pepper. It has a disturbing point of having two spinal columns and three sets of arms. It’s all about the destruction of shape and form and line, with the need and the want to draw like Francis Bacon. I have a whole series of portraits of David Bowie that are like this also."