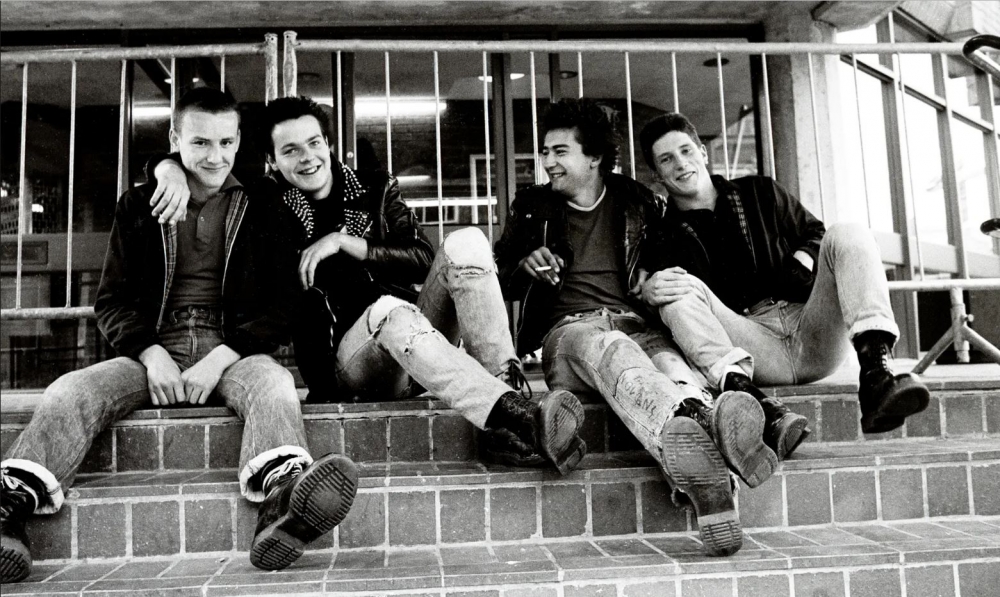 If they weren’t a band, they should have been. Janette Beckman, who chronicled the early years of punk in the UK, took this photograph in Coventry in 1980. She had by then made her name on Melody Maker, with pictures of the Clash on tour and the Sex Pistols in a skip; she caught the moment when Paul Weller first met Pete Townshend, one modfather to another; she made the Police’s first album cover; she assembled the Specials on Southend pier.

Beckman, who grew up in north London, had left London College of Printing and walked into Sounds magazine one afternoon in 1977 with her student portfolio. She was immediately dispatched to photograph Siouxsie and the Banshees and never looked back.

She was as likely to turn her camera on the audience and the streets as on the stage and the tour bus. In those years the boundaries between music and art and style seemed unusually porous. Punk was above all an “irrepressible attitude” she has suggested of that moment. “It was about change, the idea that people should question authority and do it for themselves.”

The four lads in this picture capture that spirit. They have put thought into how they look but are not striking poses. The picture is included in a short monograph of Beckman’s work of that time, which also includes images of Sid Vicious’s funeral procession and the Saturday afternoon punks of King’s Road, Chelsea. In 1982, after the edge of that attitude had given way to the posturing of the new romantics, Beckman moved to New York, where she took similarly iconic pictures of pioneer hip-hop artists and their followers. “People were really happy to be photographed back then,” she says. “As it didn’t happen very often.”