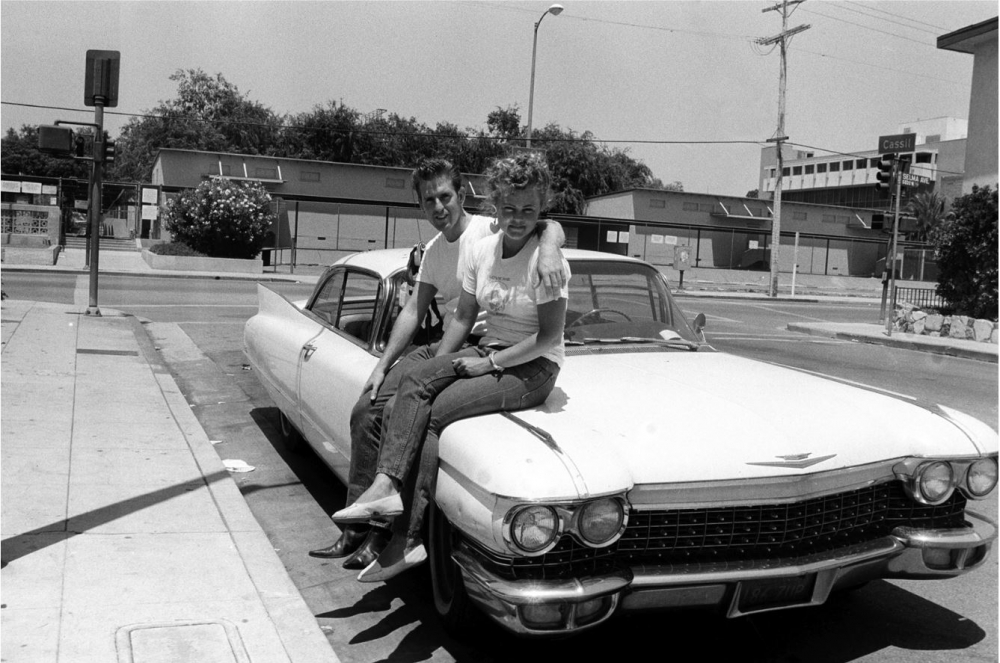 Back in the 1970s, while attending Central Saint Martins, Janette Beckman was living in a squat in Streatham, South London. After her upstairs neighbour moved to Los Angeles, Beckman too travelled to the city in search of some sun. There, she fell in love with the pop Americana she saw and took to photographing neon motel signs at night – an image Squeeze immortalised on their 1979 single, “Christmas Day”.

Hooked, Beckman returned to LA in 1981 on assignment for Melody Makerto photograph R&B icons like Stevie Wonder, the Brothers Johnson, and Patrick Rushen. But it wasn’t until summer 1983 that she went the distance. While staying in the Beverly Hills bungalow of the Go-Go’s manager Ginger Canzoneri, Beckman happened upon a story in the LA Weekly about the Hoyo Maravilla gang in East LA. “There weren’t any pictures,” Beckman says over a glass of wine in her Manhattan studio – and she was determined to get them.

Beckman spent the summer hanging out in El Hoyo Maravilla, a local park, and began hanging out with local gang members and their families. Then, at night, she’d hang out in Hollywood, catching punk shows at the Masque and the Whisky, fascinated by the dark style and sound of the scene.

In the wake of an exhibition of her work at Fahey/Klein Gallery during The Photography Show presented by AIPAD, Beckman shares her memories of the legendary LA underground.

“The first time I went to LA was around 1979. I stayed with Timothy, who had fallen in love with Mary Kay, a fashion designer and former model who lived in an old studio apartment in the Hollywood Hills. I got a very unusual view of LA because their best friend, Denny, loved to go thrifting. We’d go to deserted malls in weird places and have lunch in the little Thai place next to the car wash.

“Denny was very involved with Slash magazine and introduced me to the LA punk scene. It was very small and everyone knew everyone. We’d have dinner at the Musso and Frank Grill and there’d be Tomata du Plenty with Jordan from London and they’d have Mohawks with jackets on. LA was very different from London punk. It was a lot more hard drugs.

“While staying with Ginger, I read about a gang war in the paper. I found the writer and asked if he could take me out there. Everyone told me not to go. He took me to a park where all these guys were hanging out and introduced me to them. I showed them my box of punk prints and asked if it would be okay to take pictures of them. They were very cool about it.

“I’d go every day and hang out in this dusty park with my Hasselblad, waiting to see who came. They’d introduce me to people and explained gang life. Then they invited me to meet their grandmother and go to their house. It was great.

“In 2011, I reconnected with the three women in the photograph taken by the car. They told me there was a huge gang war going on and people were getting shot. 90 per cent of the people in the photographs are dead or in jail. They thought I was nuts to be there.

“They still lived in the old neighborhood. I am so proud of them. One works in gang rehabilitation; another for the DA’s office; and the third works in human resources at a large company. They’ve made something out of their lives. They made it out of the gangs.”