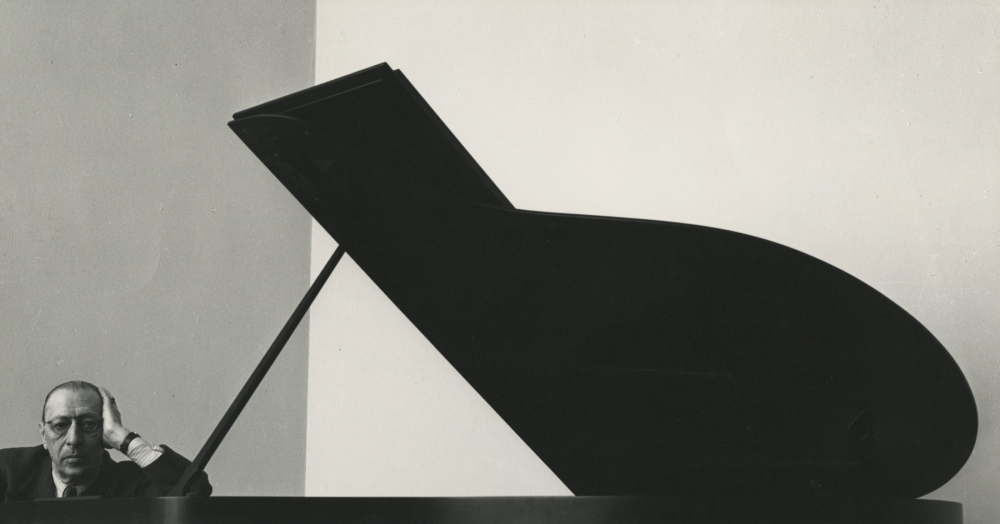 In 1963 Newsweek magazine wanted to commission photographer Arnold Newman to take a picture of German industrialist Alfred Krupp. At first, Newman declined the offer. The Jewish American photographer saw the convicted (and later pardoned) war criminal as the devil and wanted to put a knife in his back.

But Newman did proceed with the job. A sinister-looking man, Krupp was seated on a platform with his factory in the background. Newman asked him to lean forward. Krupp clasped his hands together under his chin. “My hair stood on end,” Newman would later say. It was considered one of the most important photos by the man who became known as the father of the environmental portrait.

In celebration of what would have been Newman’s 100th birthday, a selection of his works along with images from a friend, the late photographer Mary Ellen Mark, are on display at the Fahey/Klein Gallery through June 22.

Born March 3 in New York City, Newman grew to dislike being labeled the father of the environmental portrait.

“It was a title he didn’t care for,” noted former assistant Gregory Heisler, currently a professor of photography at Syracuse University.

Newman posed subjects in settings associated with their work or in a space constructed to reflect their character. One of his boldest statements was a black-and-white portrait of Igor Stravinsky at the piano.

“It was his ‘Moonrise, Hernandez,’ ” Heisler said, a reference to Ansel Adams’ best-known photo. By placing Stravinsky in a corner, Newman created an extension of the silhouetted piano.

The 100-page book “Arnold Newman: One Hundred” reveals rarely seen images such as Isamu Noguchi, uncommonly posed behind his sculptures, and artist Marcel Duchamp with a cigarette in hand, standing in a web of violin strings.