The Fahey/Klein Gallery is pleased to present the work of celebrated Fashion photographer, Patrick Demarchelier.  The exhibition will feature a selection of fashion, celebrity, portrait and nude photographs from throughout his career.   Influenced by the classics of photography and painting, Patrick Demarchelier plays with light, lines, and forms of the human body creating photographs that capture an often surprising and spontaneous vitality in even the most powerful icons of beauty and culture.

“Patrick Demarchelier’s sensitivity, deep sense of humanity, respect for his subjects, and ability to unearth passion… regardless of whether the subject is famous or unknown, they vibrate to the frequency of the photographer’s generous gaze.  And the visitor is carried away by the life force bursting from the model’s eyes.” (Gilles Chazal, Curator-in-Chief, Director of le Petit Palais).

At the age of 17, Patrick Demarchelier started his career as photographer. By working as an assistant, he learned the secrets of the profession and by the late sixties, his photographs were featured in Elle and Marie-Claire. In 1975, Demarchelier moved to New York, where he established himself as a fashion and portrait photographer and by 1992 he was recognized by the top fashion designers and hired to shoot international advertising campaigns for Calvin Klein, Dior, Yves Saint Laurent, Gucci, Dolce & Gabbana, Ralph Lauren, Versace, Chanel, Salvatore Ferragamo, Louis Vuitton, Armani, among numerous other designers.  In 2004, he became the official photographer of the Condé Nast group, where he continues to grace hundreds of covers with his photographs for Vogue, Glamour, Mademoiselle, and Allure. He has also photographed for the Pirelli calendar in 2005 and 2007. His photographs have been published and exhibited worldwide and are included in numerous private collections throughout Europe and the United States. 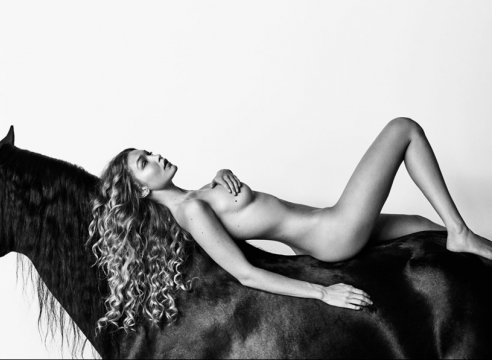