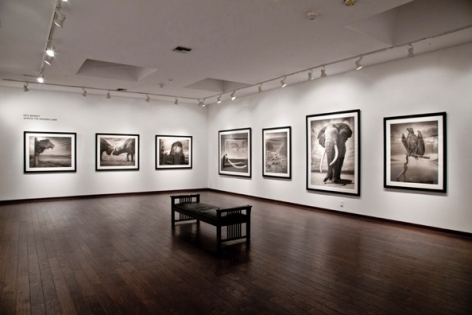 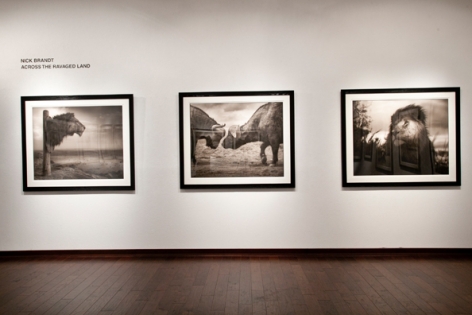 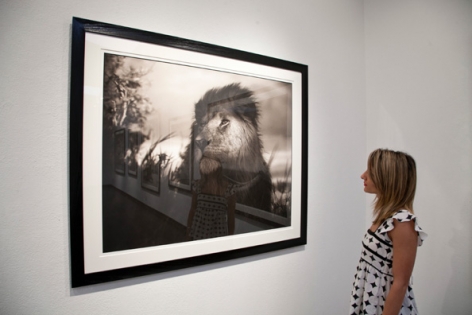 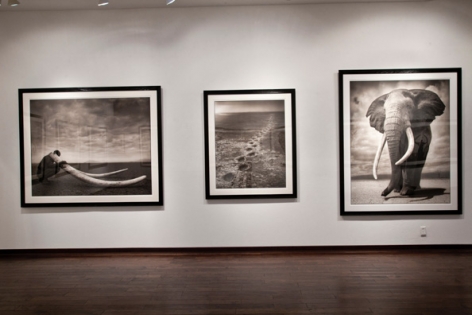 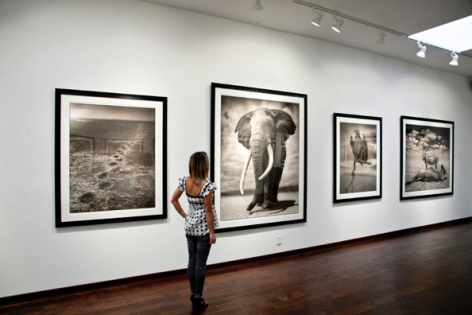 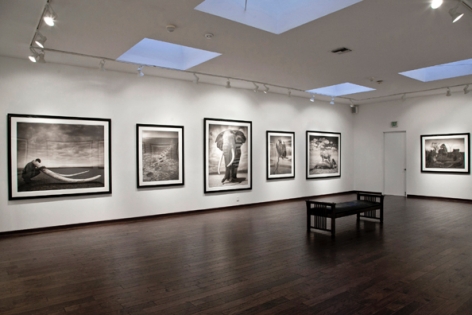 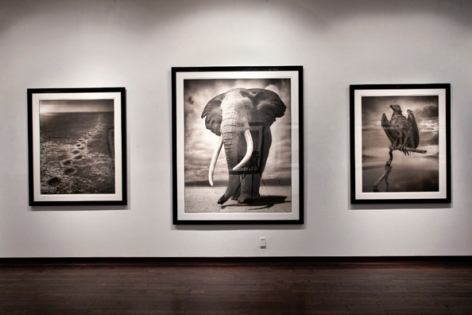 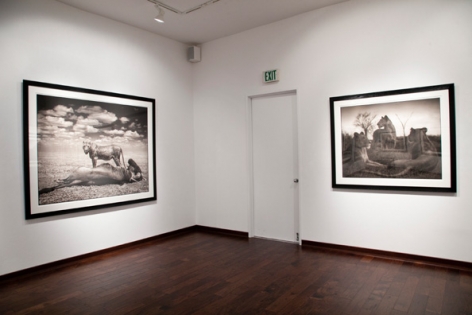 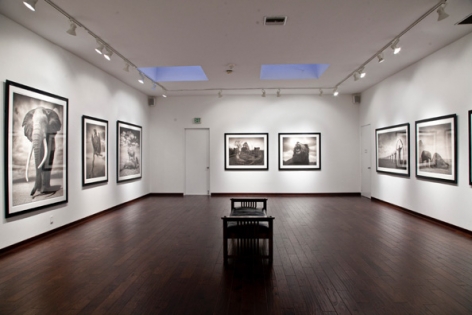 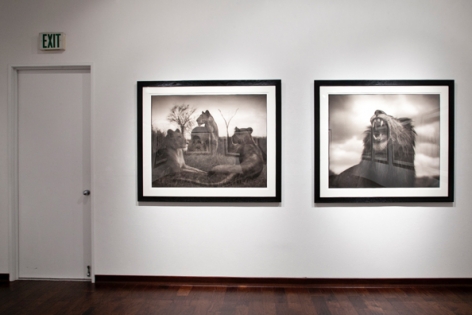 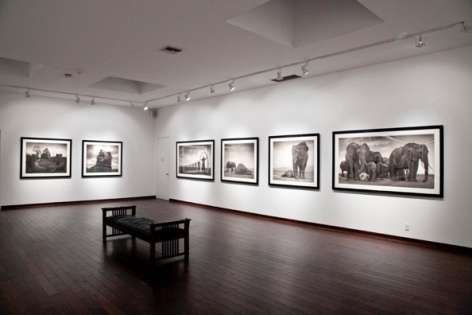 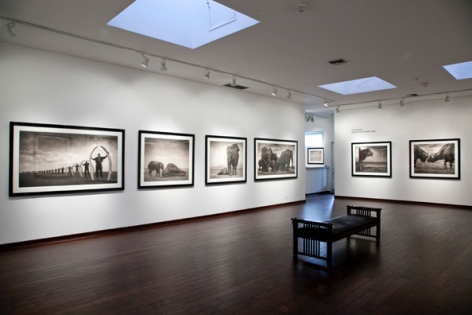 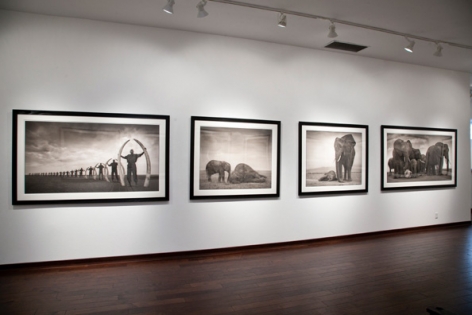 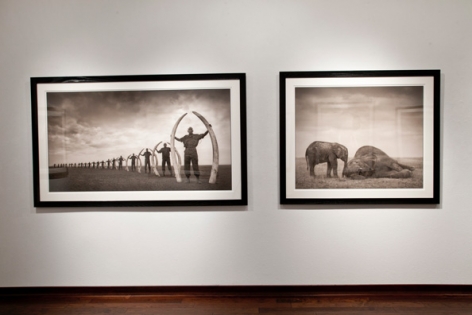 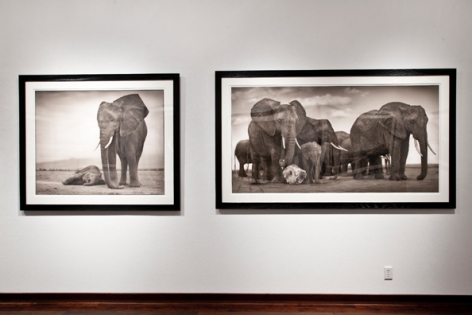 NICK BRANDT
Across the Ravaged Land

The Fahey/Klein Gallery is pleased to present “Across the Ravaged Land” the third series in renowned photographer Nick Brandt’s epic vision and ongoing effort to capture the vanishing world and changing landscape of East Africa.  This latest body of work represents the final installment of Nick Brandt’s ongoing efforts to document a rapidly disappearing world. Nick Brandt’s previous two exhibitions and publications, “On This Earth” and “A Shadow Falls” are now concluded by this third and final installment. This series completes the sentence which embodies his trilogy, “On This Earth, A Shadow Falls, Across the Ravaged Land.”

Nick Brandt began photographing in East Africa in early 2000. Although he was photographing in what he saw as something of a paradise, an Eden, Nick Brandt knew even then he was undertaking a clear mission. “From the outset, I had a vision in mind: I wanted to create an elegy, a likely last testament to an extraordinary, beautiful natural world and its denizens that is rapidly disappearing before our eyes. I wanted to show these animals as individual spirits, sentient creatures equally as worthy of life as us.” (Nick Brandt, I am the Walrus, Across the Ravaged Land)

Nick Brandt’s latest work has a noticeably darker tone, which coincides with the staggering pressures on the region and the increasing difficulty of capturing these photographs.  The reality Nick Brandt puts forth in his trilogy is that the animals he has photographed are disappearing as they are being both aggressively poached or crowded out by a growing population. These powerful images of calcified animals, expanses of drought, visibly grieving animals, trophy heads, and massive tusks poached from elephants evoke the feeling of a staggering loss as well as an intimacy and sentience felt between the animals. Nick Brandt is no longer translating the idyllic view he is seeing, but rather putting forth what he is witnessing as it happens before him.

“This further sense of foreboding, this greater level of melancholy on my part, informs the way that I photograph the animals in this book as opposed to the previous two. The shadow falling over the animals and land (and therefore also us) in the second book, is now turning a somber, inky black.” (Nick Brandt, I am the Walrus, Across the Ravaged Land)

As a response to what he was witnessing, in 2010, Nick Brandt and conservationist Richard Bonham, co-founded Big Life Foundation.  Relying on a grass roots effort and inclusive community collaboration, Big Life Foundation has already achieved a dramatic reduction in poaching of animals in the Amboseli ecosystem, a nearly two-million acre area covering the Kenya/Tanzania border.  The aim of Big Life Foundation is not only to apprehend poachers but to protect the entire ecosystem, drawing on community collaboration to support conservation, which in turn can support and sustain the community.

The exhibition and images will be released in conjunction with Nick Brandt’s forthcoming publication, “Across the Ravaged Land” (Abrams, 2013). 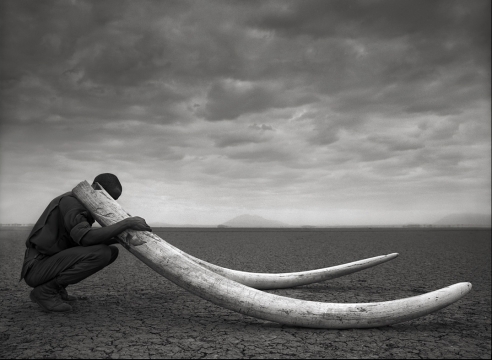