The Fahey/Klein Gallery is pleased to present a selection of photographs from Mary Ellen Mark’s latest book release, Seen Behind the Scene. The exhibition is a photographic journey through Mary Ellen Mark’s 40 years capturing candid photographs of the world’s most acclaimed directors, actors, and actresses during unguarded moments in rehearsal, between takes, as well as, on and off the set.

“I feel very lucky to have worked on so many film sets. I’ve watched the greatest directors direct the finest actors. I’ve seen brilliant costume designers and set designers at work, and beautifully written scripts translated into magical cinema. I’ve watched amazing cinematographers light a scene and move the camera to tell the story. I’ve been in awe of dedicated crew and technicians working long hours in the most difficult situations. I’ve witnessed creative and powerful producers pull this whole complex circus together and, in the end, make great films…My own experience of observing this world has helped me immensely in my work outside of it, whether it’s directing my subjects, finding the best way to use light, working with stylists, or producing a project. I’ve watched the greatest of the great work and they have inspired me.” (Mary Ellen Mark, Seen Behind the Scene, Phaidon 2008).

Mary Ellen Mark has received worldwide recognition by publishing over 15 books, showing at countless exhibitions and contributing to magazines such as Life, New York Times Magazine, Rolling Stone and Vanity Fair. Mark was presented with three National Endowment for the Arts grants, a Cornell Capa Award by the International Center of Photography and a Creative Arts Awards Citation from Brandeis University. Her other awards include the John Simon Guggenheim Fellowship, the Matrix Award for outstanding woman in the field of film/photography, and the Dr. Erich Salomon Award for outstanding merits in the field of journalistic photography. Mary Ellen Mark has received five honorary doctorates, including one from her Alma Mater, the University of Pennsylvania. She has also been named “Most Influential Woman Photographer” in a poll of American Photo readers. Mary Ellen Mark currently lives in New York with her husband, documentary filmmaker Martin Bell. 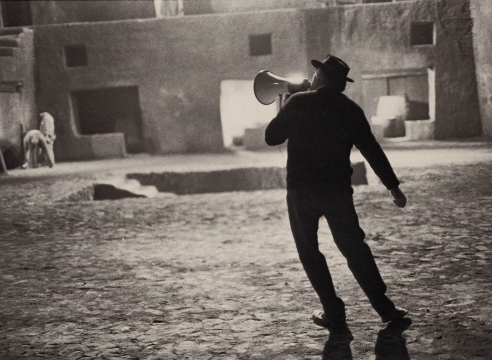