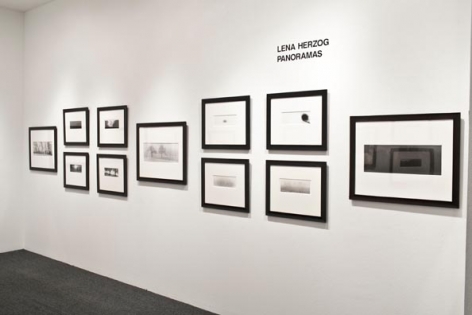 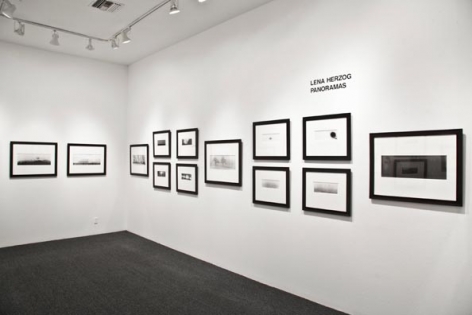 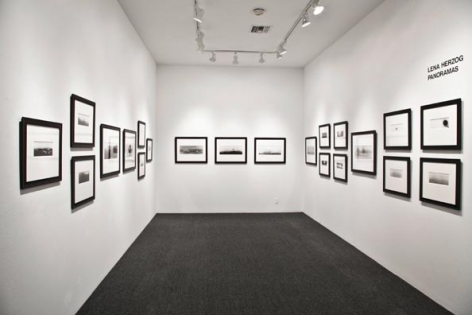 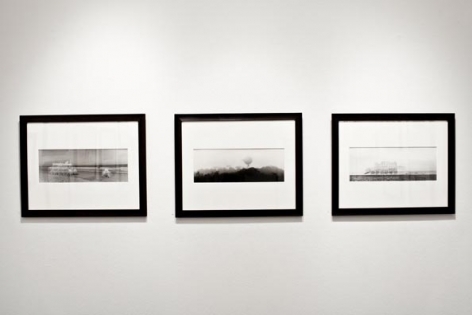 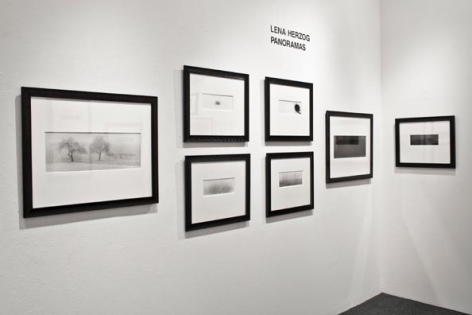 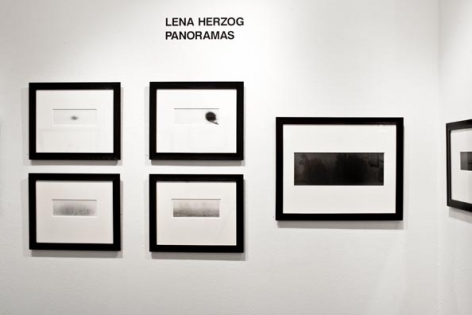 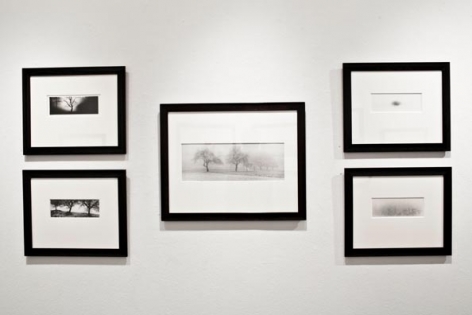 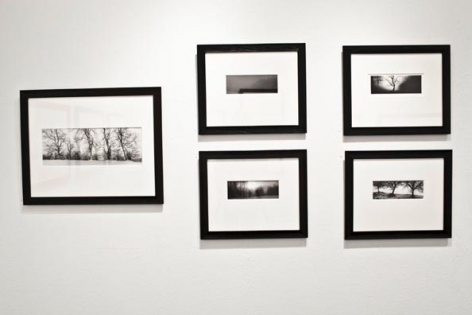 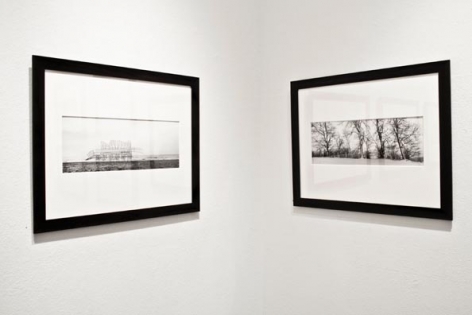 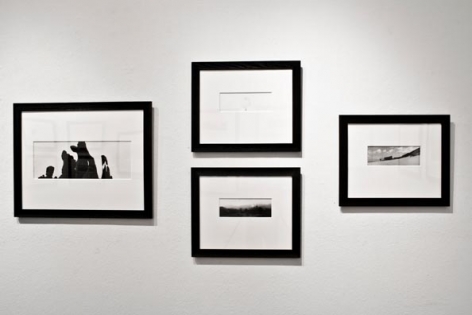 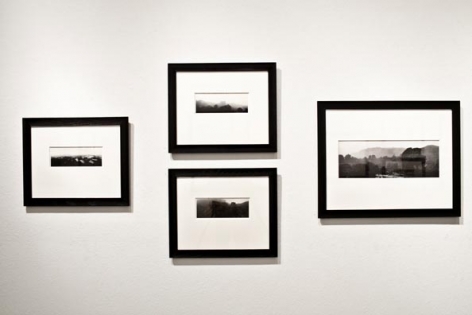 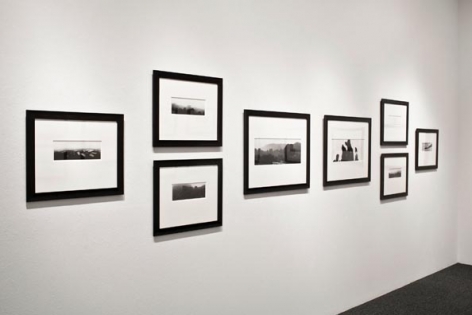 The Fahey/Klein Gallery is proud to present Panoramas, our premiere exhibition of the works of Lena Herzog. Featuring her panoramic images, the exhibit offers a selection of photographs from her series Below Zero, Light Matter, and Rock Gardens. “Technically, panoramas appear to be surveys, allowing for a mental capture of a wide continuous passing scene, yet I can weave inside them silences and fantastic events that seem not of this planet, real landscapes transformed into fiction,” says Herzog of the approach.  Married with her mastery of silver printing, these images carry a breadth of power and effect that is rarely showcased with such haunting elegance.

The viewer sees, in “Ink Drop of a Tree” from her Below Zero series, the shock of black illuminating a white on white landscape, a surreal iris looking back with penetrating insight, a delicate play between whites that move and shape the understanding of the landscape.  Towering rocks that form in negative space, “Rocks in Defiance of Gravity” (from Rock Gardens) seem to defy reality, not just gravity; except sharp details remind us that it is a photograph of an existing place. Herzog's exceptional printing techniques reveal the sublime as you realize she is capturing the improbable reality of the scene. In “Animaris Umerus,” she captures the living machine, breathing the wind and walking across the incoming tide, a still life in her documentary series of photographs featuring unique, air-powered machines, Light Matter. “The simple truth is: at the end of the day each picture has to stand on its own. It has to thrill, haunt whoever is looking not because of a pompous concept that you plastered next to it but because of it—the image. And if it does not burn your soul when you are taking it, it will not burn anyone looking at it” (Interview,theasc.com).  Panoramas takes the viewer into the mystery of the frame, the consummation of the scene, and the transcendence of a world, her world, that defies all expectations and experience.

Lena Herzog, who originally studied philology and philosophy, started taking photographs in 1997. She studied photographic printing techniques with the Italian master printer Ivan Dala Tana in Milan and later with French master printer Marc Valesella. She combines some very early photographic darkroom processes with contemporary techniques to achieve extraordinary silver gelatin prints.  Her work has been featured in numerous publications including The New York Times, The Los Angeles Times Magazine, The New Yorker, The Paris Review, and Harper’s Magazine. She is the author of several books of photography. Her recent collection, Lost Souls, was shown at the International Center of Photography in New York and the monograph of the same title continues to receive wide acclaim.