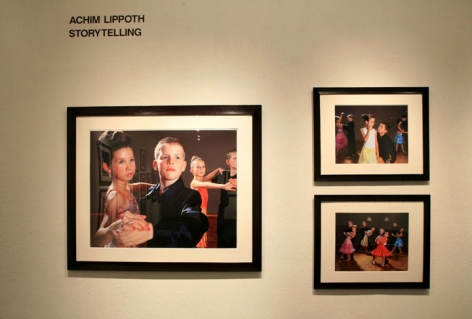 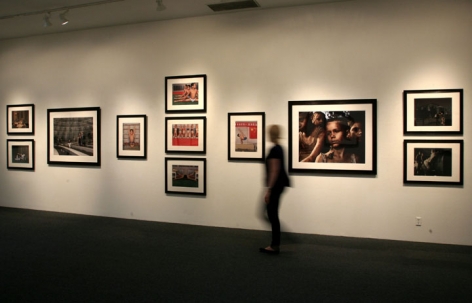 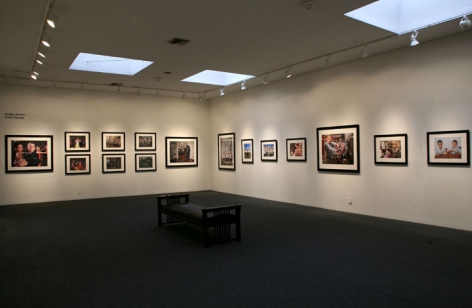 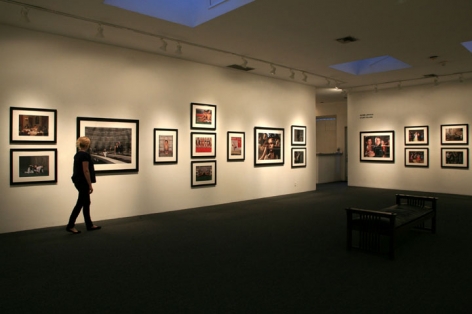 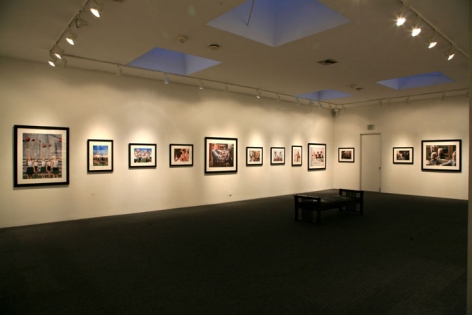 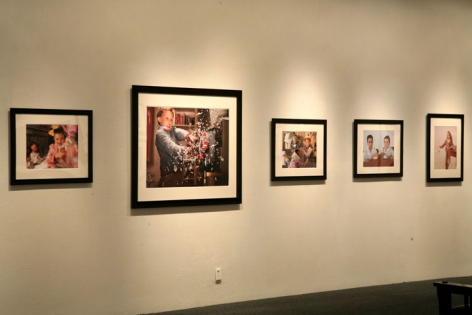 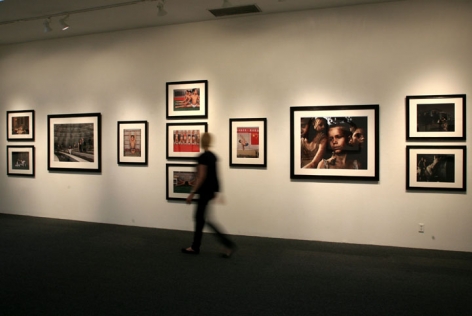 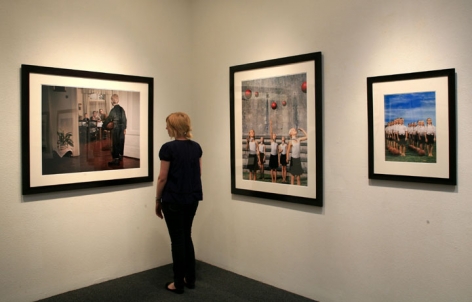 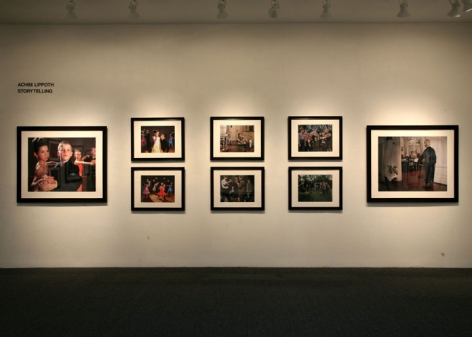 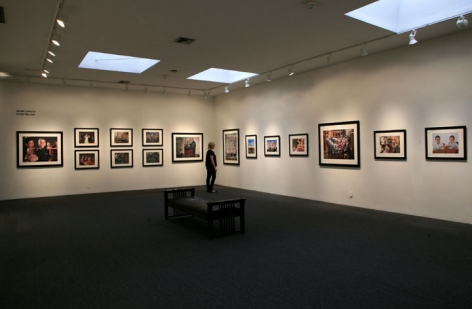 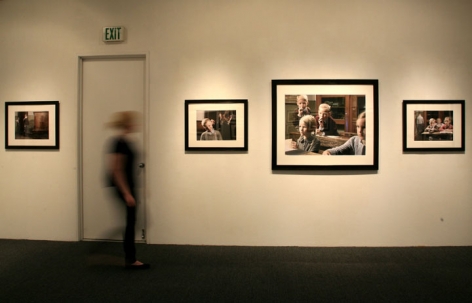 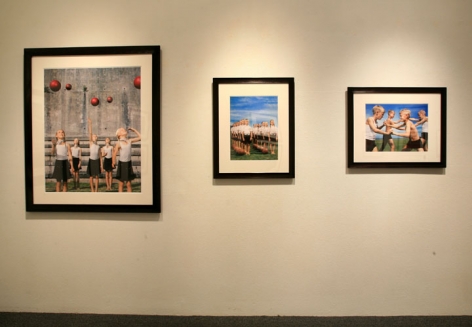 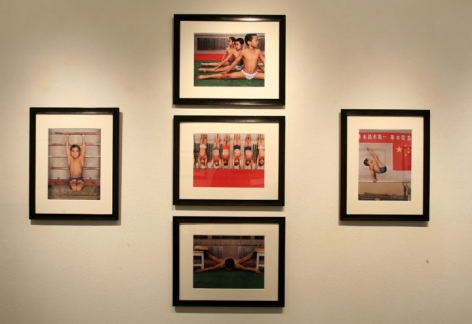 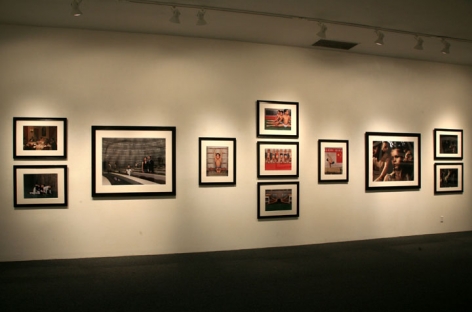 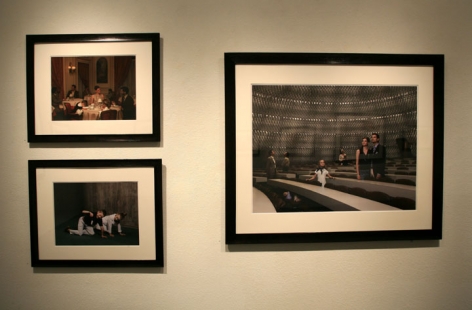 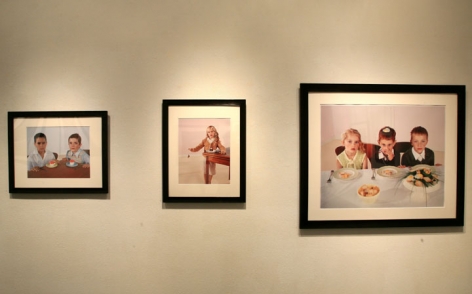 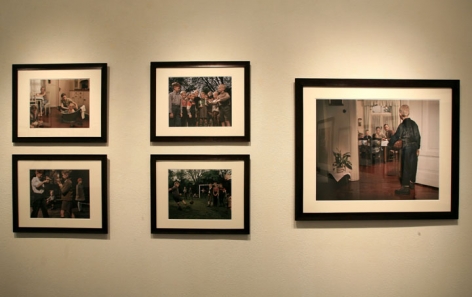 The Fahey/Klein Gallery is pleased to present Achim Lippoth Storytelling, featuring a selection of color photographs from his latest publication, Pictures.  This dramatic exploration of children’s behavior in a highly orchestrated and designed setting highlights the complex relationship between young minds and the adult expectations to which they both rebel and conform.  “Children are the actors here, while adults are at most the decoration...The pictorial spaces are like stage sets, whether outdoors or in the studio.  The photographer never leaves the choreography of his characters or the orchestration of light and colour up to the coincidence of capturing the right moment...After all, Lippoth’s world is a stage, and he is the sole director” (Thomas Wiegand, Achim Lippoth: Pictures, Kehrer 2007).

Lippoth’s series, from 2002 to the present, focuses on individual sequences which investigate a particular theme or obstacle children face as they transition into adulthood:  innocence, discipline, conformity, consumerism, camaraderie, desperation, tomfoolery, and rage.   Throughout each, children are depicted as the sole agents of the action.  It is their world: the adults merely live in it.  When in contact with the adult world, they are always at odds with its requirements.  For Lippoth, it is only when these children lack adult intervention that they spontaneously conform to the social demands of their peers.

Each series draws on Lippoth’s inspirations from art and media history, but his unique synthesis of these influences -- coupled with his theatrical arrangements and sharp focusing techniques -- create his own reality in the frame.  Each individual sequence, despite their subject differences, seeks to capture an epic moment of childhood.  From organized recess to classroom antics to roughhousing with the boys, Lippoth freezes iconic moments of childhood:  life as it is imagined in the perfect still frame of memory.

Achim Lippoth was born in Ilsofen, Germany in 1968.  He graduated from Byrom College at Manchester in 1986 and resumed his art studies at the University of Cologne, where he graduated in 1992.  Shortly thereafter, Lippoth began his career as a freelance photographer.  In 1995, Lippoth established “Kid’s Wear Magazine,” designed originally as a forum for designers and retailers of children’s fashion.  The magazine has also garnered a substantial audience of photography aficionados because of its impressive production and design content.  Lippoth has received numerous honors and awards for both his commercial and artistic photographic work in print, television advertisement, and technical skill, including the IPA 2006 Professional Photographer of the Year award, Clio Awards Gold Category in Print (2006), and Epica Award for Print.  Achim Lippoth’s editorial work has been featured in Life Magazine, The New York Times Magazine, and Vogue.  Lippoth currently lives in Cologne, Germany. 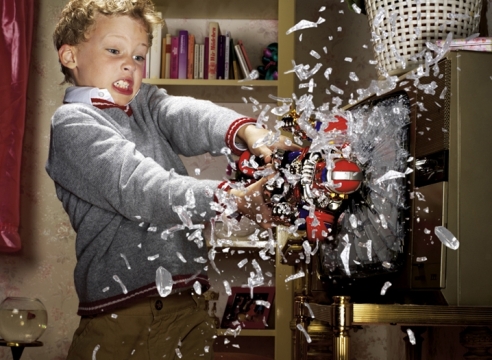