Ruven Afanador was born in Colombia, in the sixteenth century city of Bucaramanga, La Ciudad de los Parques high in the scenic plateau above the Rio de Oro. He lived there until adolescence, surrounded by breathtaking mountains and immersed in old traditions and enchanting rituals that imbued everyday life with mystery and wonderment. Religious ceremonies involved the meticulous costuming of saints and marked every holiday, turning narrow colonial streets into rich visual feasts where ordinary objects acquired symbolic meaning; elaborate beauty pageants showcased glamorous women of deliberate beauty and intentional charm; and long hours were filled with the reading of adventure books or listening to the improbable tales of those coming back from journeys abroad, a peculiar form of imaginary traveling which nurtured an intense curiosity for faraway places.

At fourteen, Afanador moved to the United States to attend school in the Midwest, right in the American heartland, a starkly different place from the magical world of his childhood, but one he saw as full of possibilities. And then, while studying art, he discovered photography. “From my first assignment I knew that photography would be my life’s passion”, says Afanador. With that passion, he would transform ordinary reality into captivating splendor. Or, as he himself puts it, “....into my way of seeing things.”

After graduation Afanador spent two years in Washington, DC, gaining distinction as a fashion photographer of audacious taste, as well as a portraitist with an original and inventive eye. In 1987 he moved to Milan to broaden his vision, hone his technical skills and build a portfolio. Lack of studio space in the Italian city, forced him to develop techniques for photographing outdoors, in alleyways and streets, on the steps of churches and palazzos, incorporating backgrounds to frame images with texture and depth, a highly conceptual approach that Afanador uses to this day. While in Italy, he also discovered the type of model, that was to become his prototype: interesting rather than conventionally beautiful, of sculpted neck and arms, and the graceful long torso for centuries favored by painters----enigmatic and timeless.

He returned from Italy in 1990 with an impressive portfolio, settling in New York and soon coming to the attention of editors at the major magazines. Since then, his distinct fashion editorials, signature advertisements and iconic portraits of the emblematic beauties and powerful male figures of the worlds of contemporary art, literature, music and film, have constantly appeared in the world’s leading fashion, celebrity and portrait magazines. His work has been the subject of numerous exhibitions and installations in galleries, museums and outdoor spaces in Latin America, Europe, Asia and the United States.

But it is in his three books that the singularity of Afanador’s rare aesthetic and charged eroticism become truly evident. In his first book, Torero, a collectors’ item among fashion and photography connoisseurs. he presents black and white images of matadors from Spain, Mexico, Colombia and Peru, using the conventions of couture photography to bend masculine stereotypes. In Sombra, his second, he employs nineteenth century photographic techniques in a collection of erotic male nudes in poses inspired by the gestures and movement of classical ballet. And, in the recently published Mil Besos, he celebrates the women of flamenco, capturing them in surreal photographs in his inimitable black and white, once again twisting pre conceived notions of beauty.

In his extensive body of work, Afanador has created an intensely personal language characterized by the balance of bold emotion and delicate nuance. The expressive images in his books and fashion editorials reveal extravagant dreamlike sequences that seem to emerge from Afanador’s original imagination already full grown, always splendid sometimes mischievous, often decadent, all steeped in classic formality. In his portraits, he unfailingly pierces the carefully wrought personnas of the beautiful and powerful symbols of our age to expose their essence with eloquent certainty. In a recurring theme, he juxtaposes startling masculine force and surprising feminine strength to challenge conventional definitions of gender and beauty with confident audacity. Joining such legendary artists captivated and inspired by the beguiling traditions of Spanish culture as the composer Manuel de Falla, the poet Federico Garcia Lorca and the filmmaker Carlos Saura, Afanador pays homage to the great painters, who, like Goya, have portrayed its unique splendor. In focusing his expert lens in the most astonishing manifestation of this quality with an eye solidly planted in the avant-garde, he crosses to the eccentric realm of the ground-breaking films of Luis Buñuel and Pedro Almodóvar, while the surreal quality of his enchanting composition places his work alongside the stories of his fellow Colombian and iconic archetype, Gabriel García Márquez, showcasing with worldly sophistication the spellbinding Latin American aesthetic that is his singular subtext. 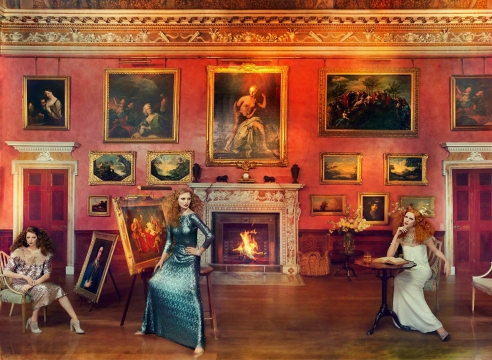 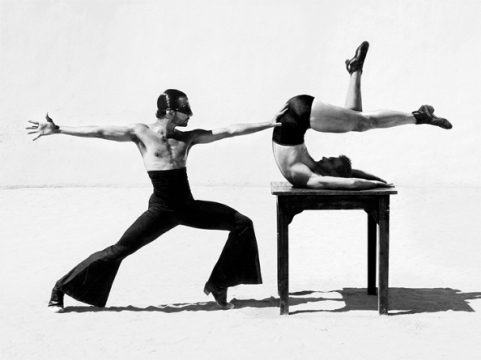 Angel Gitano The Men of Flamenco 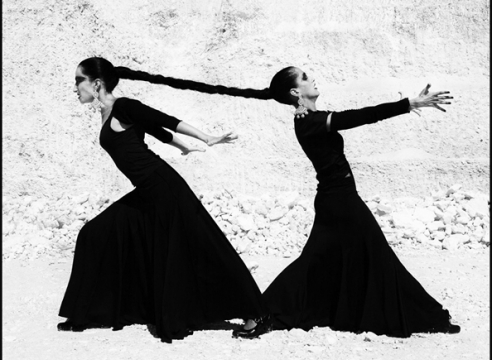 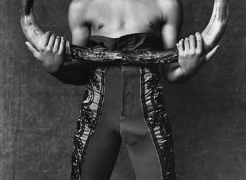 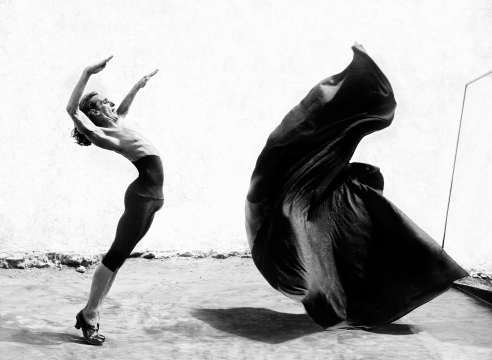 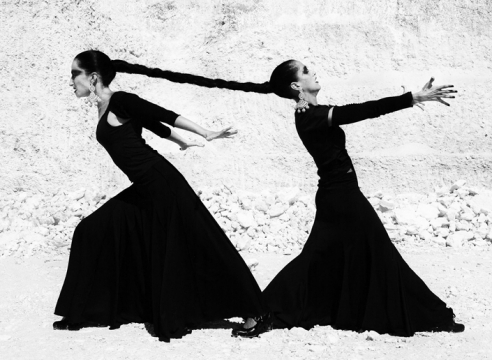