Peter Lindbergh (1944- 2019) was known for his memorable cinematic images, was recognised as one of the most influential contemporary photographers. Born in Lissa (German occupied Poland) in 1944, he spent his childhood in Duisburg (North Rhine-Westphalia). He worked as a window dresser for a local department store and enrolled the Berlin Academy of Fine Arts in the early 1960’s. He remembered these years : « I preferred actively seeking out van Gogh’s inspirations, my idol, rather than painting the mandatory portraits and landscapes taught in Art schools... »

Inspired by the work of the Dutch painter, he moved to Arles for almost a year, and then embarked a journey hitchhicking through Spain and North Africa. He later studied free painting at the College of Art in Krefeld. Influenced by Joseph Kosuth and the Conceptual movement, he was invited before graduating to present his work at the renowned avant-garde Galerie Denise René - Hans Mayer in 1969. After moving to Düsseldorf in 1971, he turned his attention to photography and worked for two years assisting German photographer Hans Lux, before opening his own studio in 1973. Becoming well known in his native country, he joined the Stern magazine family along with –photography legends Helmut Newton, Guy Bourdin and Hans Feurer, and moved to Paris in 1978 to pursue his career.

Considered a pioneer in photography, he introduced a form of new realism by redefining the standards of beauty with timeless images. His humanist approach and idealisation of women set him apart from the other photographers as he privileged the soul and the personality. He changed drastically the standards of the fashion photography in times of excessive retouching, as he considered that there is something else that makes a person interesting, beyond their age. He explained : « This should be the responsibility of photographers today to free women, and finally everyone, from the terror of youth and perfection.» His singular vision, presents them in their pure state, « in all honesty », avoiding all stereotypes as he privileged a face with hardly any make-up, in a baring that enhanced the authenticity and the natural beauty of his women, he offered a new interpretation of women post-1980’s without paying too much attention to the clothes, considering that : « If you take out the fashion and the artifice, you can then see the real person. » Lindbergh says. British journalist Suzy Menkes noted that the German photographer is : « Refusing to bow to glossy perfection is Peter Lindbergh's trademark – the essence of the images that look into each person's unvarnished soul, however familiar or famous the sitter. »

Lindbergh was the first photographer to include a narrative in his fashion series, his storytelling brought a new vision of art and fashion photography. Over the years, he created images that marked the history of photography, characterized by a minimalist approach of the post-modernist photography. In 1988, Lindbergh garnered international acclaim by showing a new generation of models all dressed in white shirts that he had recently discovered and launched their carreers. A year later, Linda Evangelista, Naomi Campbell, Cindy Crawford, Christy Turlington and Tatjana Patitz, young models then, were photographed together for the first time by him for the legendary January 1990 Vogue UK cover.

Initiator of the movement of the « Supermodels », pop singer George Michael was inspired by the photographs taken by Lindbergh for Vogue, to create the iconic video for his song Freedom 90, followed by Gianni Versace, marking the beginning of the era of the celebrity-models, which redefined the image of the new modern woman.

Famous for his narrative fashion series, Lindbergh's work is best known for his simple and revealing portraits, his still lifes and his strong influences from early German Cinema and industrial surroundings of his childhood, dance and cabarets, but also landscapes and outer space. Lindbergh worked with the most prestigious fashion brands and magazines since the late 1970’s, including international editions ofVogue, The New Yorker, Rolling Stone, Vanity Fair, Harper's Bazaar US, Wall Street Journal Magazine, The Face, Visionaire, Interview and W.

His work is part of many permanent collections of Fine Arts Museums around the world and has also been presented in prestigious Museums and galleries. Among them, the exhibition A Different History of Fashion at Rem Koolhaas’ Rotterdam Kunsthal, as well as exhibitions at The Victoria & Albert Museum (London), Centre Pompidou (Paris), solo exhibitions at Hamburgerbanhof (Berlin), Bunkamura Museum of Art (Tokyo) and the Pushkin Museum of Fine Arts (Moscow) among others.

Lindbergh directed a number of critically acclaimed films and documentaries ; Models, The Film (1991) ; Inner Voices (1999), which won the Best Documentary prize at the Toronto International Film Festival (TIFF) in 2000 ; Pina Bausch, Der Fensterputzer(2001) and Everywhere at Once (2007), narrated by Jeanne Moreau was presented at the Cannes Film Festival and Tribeca Film Festival.

Peter Lindbergh passed away on September 3rd, 2019.  He is survived by his wife, Petra Sedlaczek and their four children. 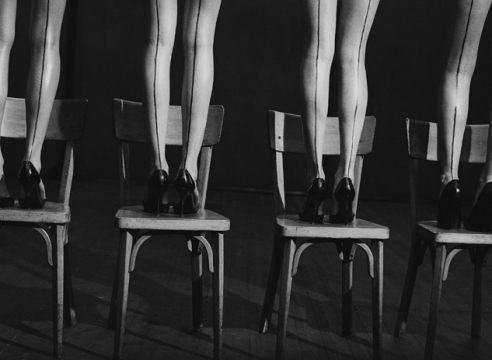 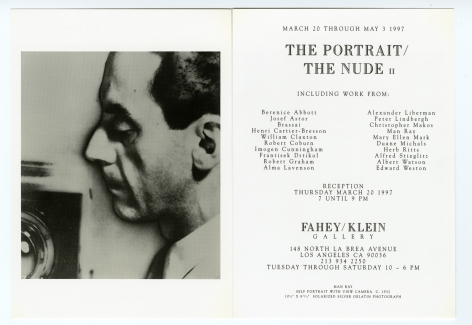 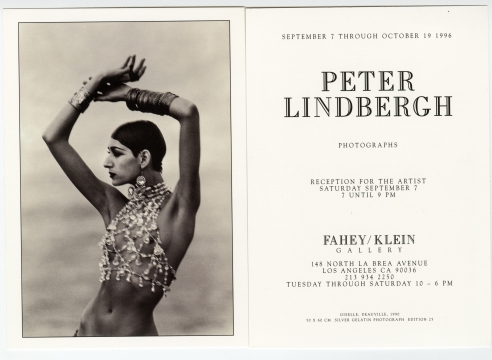