Paolo Roversi, (b. Ravenna, Italy, 1947), has lived and worked in Paris for over 45 years. His interest in photography materialized in 1964 on a family holiday to Spain. Once home, he and another amateur photographer set up a darkroom where Roversi began to make his first black and white prints. In 1972, Roversi moved to Paris at the invitation of Peter Knapp, Elle’s renowned Art Director, and despite working initially as a reporter for the Huppert Agency, soon began to take an interest in fashion photography. In 1974 Roversi became the assistant to British photographer Lawrence Sackmann who, notoriously difficult to work for, usually had assistants for no more than one week. Roversi however lasted nine months and credits Sackmann with teaching him “everything (he) needed to know in order to become a professional photographer”. (Paolo Roversi)

Roversi undertook work for magazines such as Elle and Marie Claire and, following a Christian Dior beauty campaign in 1980, had soon established himself as one of fashion’s pre-eminent photographers. It was this same year Roversi began to use Polaroid’s instant 8 x 10” film which was to become his preferred format.

Roversi’s film and printing techniques are diverse and adventurous, both technically and aesthetically, varying from Polaroids to gelatin silver to carbon and dye transfer prints.

Roversi’s work has frequently been the subject of monographs, including Nudi (Editions Stromboli, Paris: 1999), Paolo Roversi: Libretto (Steidl, Göttingen: 2000), and Studio (Steidl, Göttingen and Editions Stromboli, Paris: 2002).  He has run advertising campaigns for Cerruti, Comme des Garçons, Christian Dior, Yves Saint-Laurent, and Valentino, and his work has been published in an international selection of publications such as Harper's Bazaar, I-D, Interview, Marie-Claire, The New York Times Magazine,Italian and British Vogue and W. 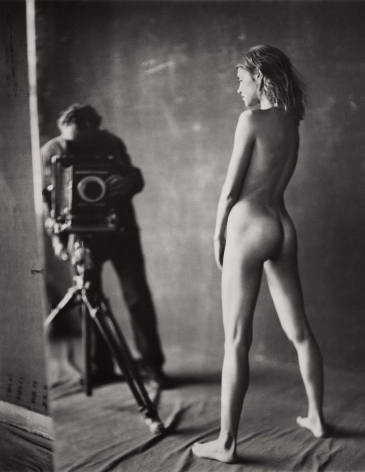