Jesse Alexander has been involved in photography and especially motorsports  photography since the early 1950s when he covered the original Mexican Road Race. He then spent many years in Europe covering Formula One and the famous long distance sports car races, the 24 Hours of Le Mans, the Mille Miglia and Targa Florio. In that period of time he also photographed theater and music personalities for the New York Times.

His work is held by numerous private collectors and has been exhibited in museums in the United States, including the Birmingham Museum of Art, the Akron Museum and the Santa Barbara Museum of Art.

“As a young boy growing up during World War II, I was captivated by the imagery that came out of the war through the eyes of legendary photographers like Edward Steichen and W. Eugene Smith.  My other heroes include Henri Cartier Bresson, Jacques Lartigue, Mary Ellen Mark, Bruce Davidson and Robert Capa.” 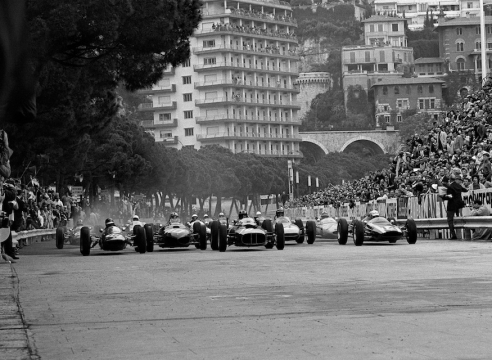