Man Shooting Himself in the Foot, 2008

A Lifetime of Cigarettes, 1997

Naka in the TV on the Plains of the Algarve, Portugal, 1992

Geof Kern (born Geoffrey William Kern in Brooklyn New York, 23 September 1950) began his formal career as a photographer in 1978 after graduating from Brooks Institute of Technology in Santa Barbara California, and moving to Dallas to accept a studio position. Several months later he left the studio and opened his own, photographing fashion on a weekly basis for the Dallas Morning News.

Through assignments for the highly regarded regional magazine Texas Monthly, Kern began to photograph essays and story illustrations for national magazines such as GQ, Rolling Stone, and Esquire. In 1989, he became a Contributing Editor to Spy Magazine working under BW Honeycutt, formerly of Vanity Fair.

A year earlier Kern began working with John C. Jay, then Creative Director of Bloomingdales, and collaborated with him on many conceptual campaigns including a joint project with Bloomingdales and the Fashion Institute of Technology (FIT) on an advertising series based on fashion and surrealism called “The Subject is Roses.”

Kern was privileged to work with Yukio Kobayashi, fashion director and chief designer of Mons. Nicole, the men’s division of Matusda Tokyo, on artist books for three collections between 1992-1993. Other artists who contributed to the famous series from the late 80’s to the mid 90’s include Bruce Weber, Juergen Teller, Stéphan Sednaoui, Nadir, and Nan Goldin.

A long time relationship with the luxury department store Neiman-Marcus began in 1994 under the new creative leadership of Georgia Christensen. Christensen contacted Kern to photograph covers of the first issue of the new store publication The Book, for which he covered a small upholstered chair with butterflies. From this moment on all covers of the book were required to depict a butterfly in some way, and the butterfly became the store’s familiar icon.

Another tradition with Neiman-Marcus began in 1994 with Christensen called The Art Of Fashion, a multiple page advertising insert of the Spring and Fall designer collection published in Harper’s Bazaar. Between 30 and 40 pages in length, the store chose a ‘guest artist’ to interpret the season’s collection. The first series was photographed by Richard Avedon, followed by Helmut Newton and Annie Leibovitz. Kern photographed the fourth series, published in Harper’s in the Fall of 1995.

As each artist is free to photograph the series as he or she wishes, Kern chose England to photograph a story in which a girl dreams to “become a famous model one day” and does, only to ultimately become a victim to the fame she longed for.  Fame is fleeting.  Later Kern learned that Neiman’s was quite worried about reactions to the dark undertones of the story until Time Magazine proclaimed it the best advertising campaign of 1995.

Departing from their policy to not have a photographer photograph the series twice, Neiman-Marcus invited Geof Kern to photograph the Spring 2017 Art of Fashion, 44th Edition, which Kern called “Blue Skies.”

Kern’s relationship with Neiman-Marcus also resulted, in 2007, the design and photography of a limited edition Pop Up book to commemorate the store’s 100th anniversary. Comprising of seven spreads and hundreds and hundreds of images to make working parts, the book depicts the story and traditions of the store and is the only pop up book in history to be made with original photography designed for it’s purpose, often photographing objects and people from opposite sides simultaneously.

Between 2017 and 2019 Kern has photographed several fashion series for the luxury shopping center NorthPark Center in Dallas, Texas.  Under the auspices of Nancy Nasher, the assignments, originally meant to be advertising and promotional material, have been displayed at the Center on exhibit walls set in the walkways for visitors to look at.

Among many professional honors Kern is a recipient of the peer-nominated Infinity Award in Applied Photography from The International Center Of Photography (ICP) in New York. Kern's work is included in the permanent collection of the Musée Des Arts Décoratifs, Paris, the Design Museum, London, and The Museum of Fine Arts, Houston.  Never claiming to be a fashion photographer, Kern’s narrative style is a natural for it, and many of his fashion images are among his most notable.  In 2019 his work for Neiman-Marcus and the French fashion designer Thierry Mugler was included in a retrospective of Mugler’s career at the Musée des Beaux-Arts de Montréal. 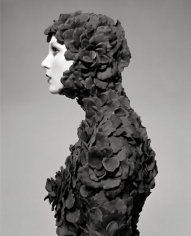