“Billy & Hells” is the pseudonym for the creative duo comprised of Berlin based photographers Anke Linz and Andreas Oettinger. The photographers met in the mid-1980s and shortly after, began collaborating creatively. Since 1995, the two have worked together under the name Billy & Hells. Their namesake expresses the same sense of edginess and mystery that their distinct images depict.

Billy & Hells’ photographs exist in a world of in-betweens. Their deceptively simple, straightforward portraits convey a certain complexity. The archetypal characters depicted in their photographs—mothers, soldiers, cowboys, nurses, and teachers— possess an underlying sense of mystery, hinting at the duality of the sitter as well as the fictional world they inhabit. Although Billy & Hells’ images call upon historical and art historical references, their portraits are not burdened by the stipulations of historical recreations. Instead, seamlessly blending past and present, reality and fantasy, their photographs become a nostalgic diary, purposefully left open for interpretation.

Their portraits combine elaborate, hand-painted backgrounds and draw inspiration from countless samples of fabrics, color compositions, and clothing that generate the distinct mood for each portrait.

Billy & Hells were nominated in 2007 for The National Portrait Gallery’s Taylor Wessing Photographic Portrait. The series “Blue Moon” was recently featured in the photographic quarterly Eyemazing. Their work has been exhibited and collected internationally. Anke Linz and Andreas Oettinger live and work in Berlin. 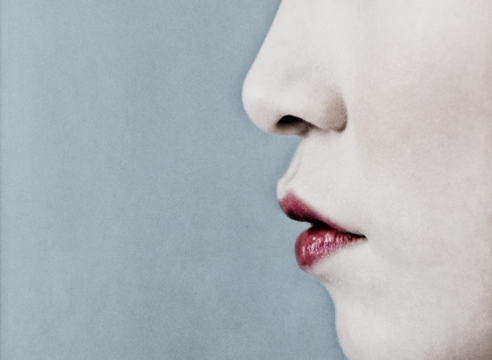