Arnold Newman (1918-2006) is widely renowned for pioneering and popularizing the environmental portrait. With his method of portraiture, he placed his sitters in surroundings representative of their professions, aiming to capture the essence of an individual’s life and work. Though this approach is commonplace today, his technique was highly unconventional in the 1930s when began shooting his subjects as such. He is also known for his carefully composed, abstract still lifes.

Born in New York City, Newman grew up in Atlantic City, New Jersey and Miami Beach, Florida. He was given a scholarship to study art at the University of Miami from 1936 to 1938. He began his career in photography working at portrait studios in Philadelphia, Baltimore, and West Palm Beach, while making abstract and documentary photographs on his own. While socializing with students at what was then called the Philadelphia Museum School of Industrial Arts, he was introduced to an experimental approach to portraiture encouraged by Alexey Brodovitch, the influential art director of Harper’s Bazaar who was teaching there at the time. In 1941, Beaumont Newhall—the first director of the photography department at the Museum of Modern Art at the time—and Alfred Stieglitz discovered his work and gave him an exhibition at the A.D. Gallery. In 1945, a solo show titled “Artists Look Like This” was exhibited at the Philadelphia Museum of Art and attracted national attention. The following year, Newman moved from Miami to New York, opened his own studio, and became a member of the American Society of Magazine Photographers. His environmental approach to portraiture was influenced by symbolism and impressionism, and defined by the imperative of captivating the viewer no matter how well known the subject was. While he specialized in photographing artists, Newman captured the likeness of a vast range of figures, from athletes and actors to presidents and politicians. Among his many sitters, Newman’s impressive roster of subjects includes: Marlene Dietrich, John F. Kennedy, Piet Mondrian, Pablo Picasso, Arthur Miller, Marilyn Monroe, Ronald Reagan, Mickey Mantle, Audrey Hepburn, Igor Stravinsky, Salvador Dali, Georgia O’Keefe, Andy Warhol, Truman Capote and Henri Cartier-Bresson.

Newman was an important contributor to publications such as the New Yorker, Vanity Fair, Life, Look, Holiday, Harper’s Bazaar, Esquire, Town & Country, Scientific American, New York Times Magazine, and many others. In addition to numerous monographs, he contributed photographs to countless histories of photography, catalogues, articles and television programs throughout his career. Newman was the recipient of awards including the American Society of Media Photographers, The Lucie Award, The Royal Photographic Society Centenary Award as well as France’s “Commander of the Order of Arts and Letters.” In 2005, Photo District News named Newman as one of the 25 most influential living photographers. In 2006, Newman was awarded The Gold Medal for Photography by The National Arts Club. He is the recipient of nine honorary doctorates and has lectured and conducted workshops throughout the country and the world. 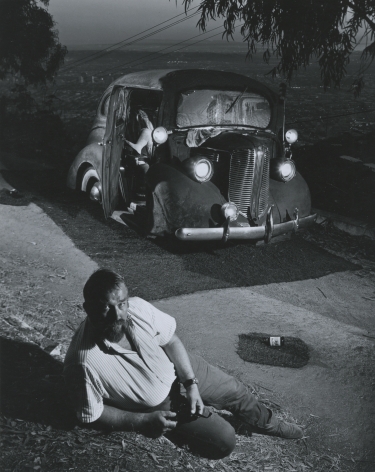