The Fahey/Klein Gallery is pleased to present an exhibition of landscape, portrait, and fashion work by celebrated photographer Rodney Smith. This exhibition will showcase Rodney’s distinctive crisp and clean black and white photographs, as well as a selection of his striking color work. Rodney Smith's photographs convey an elegant combination of style and substance, humor and wit, flawless glamour and idiosyncratic details. The characters that inhabit this imagined world are elegant, chic, and dapper, but also riddled with quirky and clever details.

A signature trademark of Rodney Smith's photographs has become his use of whimsical and surreal visual twists. These interjections of humor and surrealism are rarely planned, and more often than not, occur by chance. Smith’s own biography states, “He’s adamantly analog. Only shoots film. Never uses special effects. And knows the darkroom like the back of his hand.” A further dichotomy exists in the beautifully formal and elegant fashion images that Smith creates, and the method of capturing them— he is known for his casual and impromptu style on set of shooting with a medium format Hasselblad camera. The final result reveals a refreshingly pure and simple vision.

A self-proclaimed workaholic and perfectionist, Rodney has said of his attention to detail in his work, "My father was a business man in the fashion industry. In that business everything is about appearance so I grew up in a family that was totally oriented about how things look. I think that was generally instilled in me from a very early age. From detail on fabric, to detail in architecture, to detail all over. I think the good part of all of that was that very early on I did become attentive to detail. A sense of style, proportion, beauty, and grace - all of those things were very important in my upbringing."

Rodney Smith graduated from the University of Virginia in 1970 and earned a Master of Divinity in Theology from Yale University in 1973. While at Yale, he also studied photography under photographer, Walker Evans. In 1975, Smith received a Jerusalem Foundation Fellowship which enabled him to travel to Jerusalem taking photographs which would result in his first book “In the Land of Light”, published in 1983, followed by his second publication, “The Hat Book” in 1993. In 2005, Rodney Smith published his third book, “The Book of Books”. As well as his Fine Art work, Smith has been commissioned for numerous major commercial assignments including American Express, Starbucks Coffee, Ralph Lauren, The New York Times Magazine, W Magazine, and Vanity Fair. His work has been exhibited internationally and has won over 75 awards. In 2010, Rodney Smith released, “The End”, an immaculately design and executed, limited edition publication celebrating his 40 years in photography. Rodney Smith lives with his wife and daughter in Snedens Landing, a community near New York City. 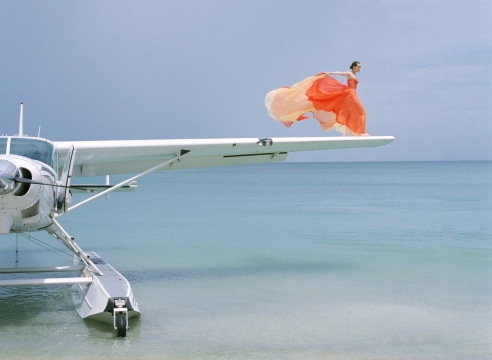